Back to the top

Apple Music’s new “Voice Plan” is cheaper, but you have to use Siri 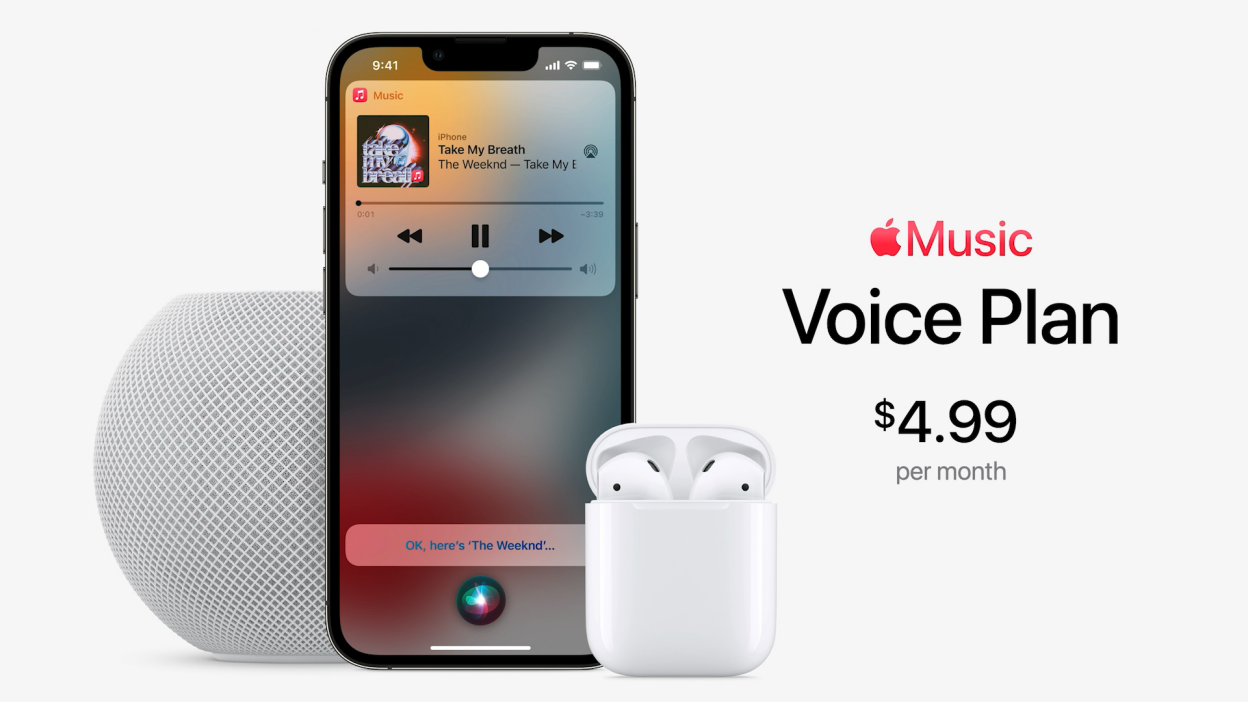 During the broadcast, Apple Music host Zane Lowe seemed excited to announce that with the Voice Project, you “use only your voice and the power of Siri.” Perhaps he forgot that some people prefer to type – or really can’t speak – when searching for songs.

Music Download Plus confirmed that for subscribers of the Voice Plan, full playback from search only works via voice. There are a few tap-to-play options, however, like everything in the Radio tab and previously purchased or uploaded content in a user’s library.

The new plan also differs from the Individual Plan, which costs $9.99 per month, in that it lacks access to music videos and that doesn’t promise lossless audio. In other words, the sound quality on the Voice Plan won’t be as high as the other plans.

Oh yeah, and there’s that whole Siri-dependent thing. (Thankfully, there may be a workaround — using Type to Siri. Though it’s unclear how cumbersome that will be for Voice Plan subscribers.)

*Student Plan: $4.99/Month; Features are the same as the Individual Plan.

Subscription to our newsletter open soon.